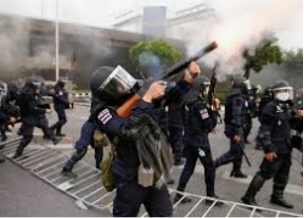 Too often, as we’ve seen in the United States and elsewhere, police officers kill or brutally injure people during racist arrests. In several other cases, police officers in Los Angeles, California, respond to protests or demonstrations by using excessive force. Throughout 2019 and 2020, the Los Angeles police department has used unnecessary force against rallies, using tear gas, pepper sprays, and rubber bullets. Cops who kill or harm someone after using coercive power are often not convicted. That is why it is essential to understand your rights and what officers are and are not authorized to do. We must guarantee that law enforcement officers do not use power against the law and that those who kill unlawfully are held responsible. This article will focus on how Los Angeles police officers abuse human rights and how police brutality lawyers work to reduce police violence in Los Angeles.

Why Police Brutality is considered a Human Rights Issue?

In the worst-case scenario, law enforcement officers’ excessive use of power might result in individuals losing their human dignity and right to life. If the police force is used inappropriately or extremely, it may result in torture or other forms of ill-treatment. The right to be free from prejudice, the right to freedom and security, and the right to equal protection under the legislation can all be infringed by police using unreasonable violence.

How do Cops abuse their authority against citizens in Los Angeles, CA?

According to fatality statistics from the county medical examiner, at least 968 citizens have been slain by police officers in Los Angeles County since 2001. Almost all of the fatalities were men, with over 80% of them being Latino or Black. More than % were killed by gunshot. Felony proceedings are exceptionally rare. The use of weapons was nearly always found to be legally justifiable by the Los Angeles County district attorney’s office, which investigates each incident. Only two police officers have been convicted of shooting a civilian while on duty since 2000. Nearly 4 civilians have been assassinated by police in Los Angeles County every month for the past 23 years. The ratio has fluctuated, but it has been quite consistent, averaging around 42 individuals per year. Although black residents make up less than 10% of the population of Los Angeles, they account for 24% of cop killings.

If you or a family member has been the victim of police violence and brutality in Los Angeles, Our police brutality attorneys are committed to helping you get the financial compensation you deserve while also guaranteeing that the police officer who used coercive power against you is convicted or fired. Our Cochran police brutality attorney has nearly 40 years of combined expertise and can investigate your case, gather and analyze evidence, and develop an effective and individualized legitimate plan to help you receive the justice and compensation you deserve. We represent clients throughout Los Angeles, California, and even across the country.

When you contact us, you will be given a free consultation with one of our experienced Police brutality lawyers. We can help you better understand your rights during our initial consultation, and we’ll work with you to find out what course of action is suitable for you. We take great pleasure in helping clients by using our decades of work expertise to preserve your rights.