In South Gate, CA, the police department and officers breach human rights and liberties by extraordinary use of power. It is also a violation of the Federal and state laws of California. Police Brutality is an illegal action against the people in South Gate, California. It is mandatory for the citizens of South Gate, California, to have a clear understanding and awareness of illegal activities involving police brutality and take significant measures against them. The Police department of South Gate should be examined and investigated when required to make protect the rights and freedom of its citizens. 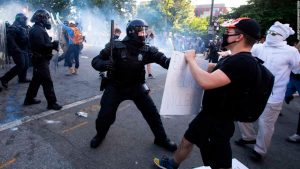 According to the complaint filed in the United States District Court, the South Gate Police Department was unlawful and used excessive force inappropriately when cops shot Daniel Canizales, 23, while he was walking down Paramount Boulevard. Canizales was unarmed and was not be able to counter the police.

According to his Civil defense lawyer, a man is filing a lawsuit after police shot him multiple times, leaving him wounded and unable to walk. According to the attorney and his brother, Canizales’ left knee will require medical treatment for a lifetime because of the intense nerve injury. The South Gate Police Department refused to respond to the complaint or provide any details about the shooting.

·     Police Officers brutally hit a man during an Arrest

Police officers from the South Gate, California, hit a man in an arrest that results in the violation of his rights and causes serious damage to his identity and self-esteem. A group of police officers is accused of hitting and beating a man during an arrest in South Gate. The video of this incident was taken from inside a South Gate home. The video shows the arrest of Alejandro Jimenez, 35 who was brutally hit by the officers.

How Cochran Firm Law help the victims of Police Brutality?

Cochran Firm Law, Los Angeles, CA, is one of the most famous and well-known legal advocate firms. Civil Rights Attorneys in Cochran Firm are offering their services to protect the victims of police brutality and violence. We are striving hard to protect civilian liberties and constitutional privileges by providing them full compensation for their damages and wounds. James A. Bryant, Brian T. Dunn, Marcelis Morris, Anahita Sedaghatfar, and Eddie J. Harris are qualified and recognized Police Brutality Attorneys at Cochran Firm. Our attorneys are available 24/7 to provide you with a free consultation and help you in filing your case in the civil court of justice.